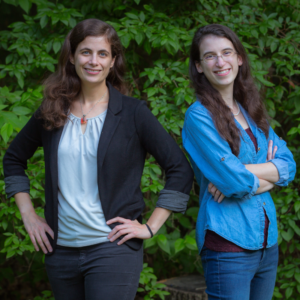 Killarney Traynor and Margaret Traynor are making their first comic con appearance at Super Megafest! Growing up, they were in love with the Twilight Zone, Alfred Hitchcock movies, the X-Files, and Star Trek/Wars and one day decided to put all that obsession into a book. Then two. Now three. There seems to be no end in sight.
Margaret is an accountant whose passion for hiking was inspired by the movie Jurassic Park. She loves exploring, coffee, and coming up with really dark and twisted ideas for plots. Killarney has published several books on her own, including the popular Summer Shadows. She is a host on the YouTube and TV series, The Early Late Night Live Show, and has directed several independent films, including Typo Squad.
Encounter Series write-up/teaser:
Welcome to The Encounter SeriesA place where the weird, the unnatural, and the supernatural are alive and well and one question stands above the rest:Who will survive?