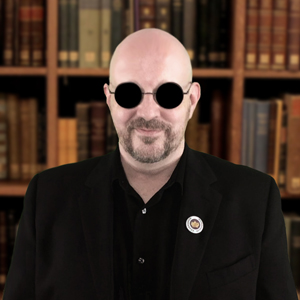 Super Megafest fans, rejoice! Stephen Lomer will once again be attending in all his glory! Stephen is the Amazon best-selling author of the popular novels Typo Squad and Typo Squad Book II: Return of the Wordmonger; the short story collections Stargazer Lilies or Nothing at All and Hell’s Nerds and Other Tales; and the holiday novella Belle’s Christmas Carol. He also has featured stories in the anthologies UnCommon Evil, Once Upon a Time in Gravity City, and the forthcoming The Dystopian States of America and My Peculiar Family II.

Stephen recently wrote and starred in a short film based on the Typo Squad novel, which is currently making the rounds on the film festival circuit.

All of his books are available on amazon.com, and you can keep up with his latest lunatic rantings at stephenlomer.com.

As always, Stephen will be attending SMF with his wife and booth babe, Teresa.