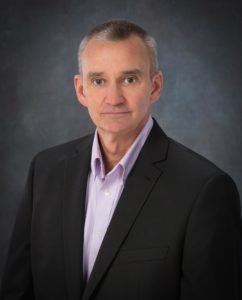 Tom Deady was born and raised in Malden, Massachusetts, not far from the historic (and spooky) town of Salem. He has endured a career as an IT professional, but his dream has always been to be a writer.
A passionate Red Sox fan, Tom and a friend created Surviving Grady at the start of the 2004 season. Ten years and three World Series championships later, he still blogs about the Sox.
Tom has a Masters Degree in English and Creative Writing from Southern New Hampshire University, and is a member of both the Horror Writers Association and the New England Horror Writers.
Tom Deady’s first novel, HAVEN, won the 2016 Bram Stoker Award for Superior Achievement in a First Novel. He has since published ETERNAL DARKNESS, WEEKEND GETAWAY, and BACKWATER, as well as several short stories. Tom also has a Young Adult series he is seeking agent representation for.He resides in Massachusetts where he is working on his next novel.

Editing Services by NEHW - Not sure about your current work in process? Not sure if it’s right? New England Horror Writers is offering its editing services. To be specific: bring us 3-5 pages of your manuscript to the New England Horror Writers booth, make sure your name is on every page, and the pages are numbered AND double-spaced. One of the members present at the convention will edit that sample of your writing. You can take our suggestions or not — it’s completely up to you. Drop it off Saturday at the New England Horror Writers Booth (so we have time to do them) and pick them up Sunday. This is a limited space offer, available to the first 25 people. We may not edit your piece to the point where you can shoot it off to a publisher, but we will make comments and suggestions. Be open minded and don’t be afraid.