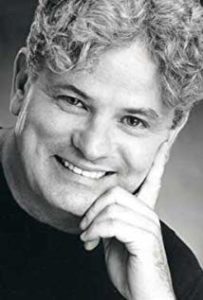 Don't miss the 40th Anniversary Cast Reunion of The Warriors!

Thomas G. Waites is an American actor and acting instructor born in Philadelphia, Pennsylvania. Waites runs an acting studio in New York City which is named for him. He has been a member of the Actors Studio since 1984.

When Waites was 21 years old, he was offered two movies simultaneously: Snowbound, directed by Robert Young, and Pity the Poor Soldier (the title has subsequently changed), directed by Bill Jersey. Despite the fact that he was offered twice the money for Snowbound, Waites chose Pity the Poor Soldier because it was in celebration of the centennial of the American Revolutionary War. Next Waites originated the roll of Oliver Treefe in Simon Gray's world premiere of Molly, at the First Annual Spoleto Festival in Charleston, S.C. After this highly acclaimed performance he returned to NYC to be cast in the Joan Micklin Silver-produced On the Yard (1978), co-starring John Heard. Subsequently, he was offered a three-picture option deal with Paramount Pictures. After very strong critical notices Waites auditioned for and got a part in Walter Hill's The Warriors (1979) playing the character Fox. After disputes with the director, he was fired from this film. Subsequently, when the studio asked him where he wanted his billing he told them to remove his name completely, a decision Waites regrets. He has since reconciled with Walter Hill. Three weeks after being fired from The Warriors Tom auditioned with Al Pacino, and was cast as Jeff McCullough in the Norman Jewison film ...And Justice for All (1979). This began a long relationship with Pacino. The two worked together again in Shakespeare's Richard III, with Waites playing Richmond, where he received strong notices again. After that, Waites originated the role of Mitchell in Alan Bowne's Forty-Deuce Off-Broadway at the Perry Street Theatre. In 1982, Waites competed with Matt Dillon and Kevin Bacon to land the role of Bobby in David Mamet's Pulitzer Prize-winning play, American Buffalo. Kurt Russell and John Carpenter saw his performance and cast him as Windows in the film The Thing (1982). Waites was cast in the Broadway premiere of Trafford Tanzi, a musical where he sang with Deborah Harry of Blondie fame. Next was Pastorale, the Obie Award-winning play by Debra Eisenberg starring Judith Ivey and Christine Estabrook, playing the character of Steve.