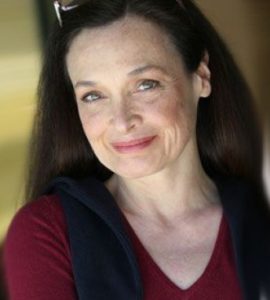 On November 16th, Saturday night - at the Sheraton Framingham, THE WARRIORS COME OUT AND PLAY VIP PARTY gets to join the conclave as the original cast members reunite  for a panel about their experiences!

Don't miss the 40th Anniversary Cast Reunion of The Warriors! - Deborah Van Valkenburgh is known for playing Ted Knight's character's daughter in the role of Jackie Rush on the ABC television situation comedy Too Close for Comfort, and for her role as Mercy in the cult 1979 film The Warriors. In 2012, she won the Supporting Actress in a Fantasy Film award at the PollyGrind Film Festival for the film Road to Hell.

Born on August 29, 1952, Deborah Van Valkenburgh began her acting career on Broadway appearing in the play "Hair". She also appeared in off-Broadway plays "Honeybee", "The Tempest", "Six Characters in Search of an Author", "Hay Fever", "When Did You last See Your Mother?", "Iolanthe", "It Ain't Aardvark" and "Minutemen".

In addition to acting in numerous New York shows, Deborah has also acted in regional and touring company productions of "A View from the Bridge", "Mooney's Kid Don't Cry" and "The Children's Hour". Ms. Van Valkenburgh's big acting break came when she landed the role of Jackie Rush on the hit ABC series "Too Close For Comfort" (1980). Deborah has studied acting with William Esper and John Shea, ballet with Ballet Arts Carnegie Hall, modern dance with James Cunningham, puppet production with Jim Henson of "The Muppets" fame, voice with Kirk Nurock and Richard Green, and improvisation with Dan Richter.
Her most notable screen credits include the roles of Mercy in the cult classic "The Warriors", Reva Cody in "Streets of Fire", Marlena in the indie feature "Free Enterprise" opposite William Shatner, and Mary Conant in the recent Sci Fi Channel mini series "Firestarter: Rekindled" with Malcom McDowell. Numerous television appearances include "Star Trek: Deep Space Nine", "Quantum Leap", and 5 seasons as Jackie Rush on "Too Close For Comfort".

Deborah currently lives in L.A., but works regularly on stage, and most recently appeared in the acclaimed "The Beauty of Leenane" with Priscilla Allen (from "Total Recall"), for which she received the Patte' Award for Best Assemble along with her fellow cast members.