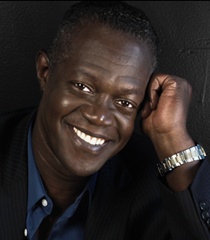 Don't miss the 40th Anniversary Cast Reunion of The Warriors! Dorsey Wright is an American actor, best known for his role as Cleon in the 1979 film The Warriors. Wright was born in The Bronx, New York City on April 21, 1957, and earned his first acting role in 1979, in The Warriors, for which he is best remembered. He co-starred in the film version of Hair that same year. In 1981, he appeared as a gang member in the film Ragtime and played Junior Jones in the 1984 film adaptation of John Irving's novel The Hotel New Hampshire.