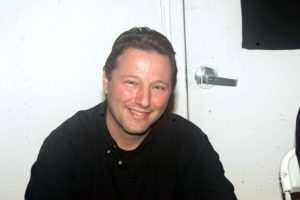 Don't miss the 40th Anniversary Cast Reunion of The Warriors! Terry Michos is an American actor. He is known for the role of Vermin in the 1979 cult classic film The Warriors. His last acting credit was in the US TV show Simon & Simon as Roger under the name of Terence Michos. Terry is now a news anchor for Cablevision in Wappingers Falls, New York.