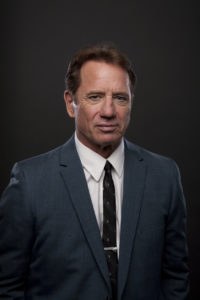 ﻿Tom Wopat is an American actor and singer. He first achieved fame as Lucas K. "Luke" Duke on the long-running television action/comedy series The Dukes of Hazzard. Since then, Wopat has worked regularly, most often on the stage in musicals and in supporting television and movie roles. He was a semi-regular guest on the 1990s comedy series Cybill, and had a role as U.S. Marshal Gil Tatum in Django Unchained (2012). Wopat also has a recurring role as Sheriff Jim Wilkins on the television series Longmire. Additionally, Wopat has recorded several albums of country songs and pop standards, scoring a series of successful singles in the 1980s and 1990s.﻿﻿